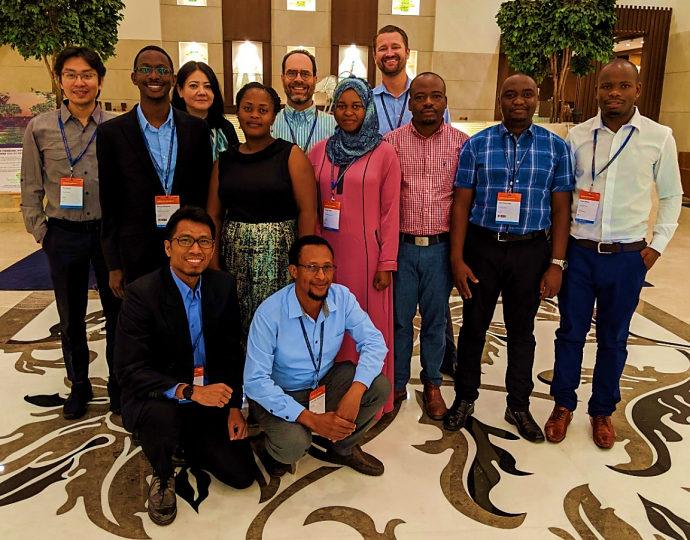 STAR project staff members Dr. David Hausner and Marchal Monckton (back row, center) with STAR Fellows from around the world

On October 30, I headed to the Novotel Hyderabad International Convention Centre to attend the opening ceremony of the 50th Union World Conference on Lung Health, the largest annual meeting of delegates from around the world who work on ending the suffering caused by lung-related diseases. The scientific conference, which is hosted by the International Union Against Tuberculosis and Lung Disease (The Union), annually brings together thousands of delegates from more than 130 countries over four days to participate in more than 300 sessions. This year’s conference centered around tuberculosis (TB), which remains one of the top 10 causes of death worldwide according to the World Health Organization (WHO). During the conference, I had the privilege of meeting 14 current and future STAR Fellows, all of whom were excited at the opportunity to meet in person and attend this conference. In part one of this two-part series, I’ll share my overall impressions of and experience at the conference as a STAR project staff member. Part two will feature STAR Fellow Alison Mhazo’s key takeaways from the conference and how he intends on incorporating his takeaways into his Fellowship work in Malawi.

The best – and most impactful – part of attending this year’s Union Conference was meeting STAR’s Fellows. As part of the STAR project’s overall goal to strengthen the capacity of global health professionals, organizations, and companies to make a bigger impact in the global health field, STAR features a Fellowship and Internship program with tailored learning to meet each person’s needs and interests. By attending the conference, STAR’s Fellows had the opportunity to learn more about TB-related issues that they are working on during their Fellowships. I was excited to see their enthusiasm in meeting each other and learn more about their work in the STAR project. Most of them had never attended a conference like this before, and they were grateful for the opportunity to be there.

The first-ever Survivors Summit – which was comprised of survivors from more than 10 countries whose lives have been affected by TB, asthma, tobacco use, and other lung diseases – was held prior to the start of the conference. The Summit was a powerful experience where survivors appealed to attendees to work together in the fight against TB and provided recommendations to share with the global community. Two-time TB survivor and advocate Nandita Venkatesan presented the statement during the opening ceremony, where she also performed a classical Indian dance.

Two-time TB survivor, advocate, and journalist Nandita Venkatesan delivers a statement prepared by survivors of the first-ever Survivors Summit at the opening ceremony

Impact on the STAR Project

In addition to the opportunity for our Fellows to attend the conference and meet each other, we were able to speak with quite a few potential partner and host organizations that may be interested in hosting Fellows. We were also able to speak with several onsite managers, or OSMs, of current and future – and potential-future – Fellows. OSMs play a key role by providing ongoing supervision and support to STAR’s Fellows and Interns and helping them to integrate into the host organization’s culture. They also help to identify and provide opportunities to supplement and reinforce on-the-job training, so there were good networking opportunities for potential host organizations and for USAID staff that were there who could advocate for the STAR project.

During the first day of the conference, I attended the session, “Community tools for civil society to monitor uptake of new DR-TB regimens: DRC case study,” in which there was a lot of talk about drug cost and access, and how newer drugs tend to have a higher cost. One of the greatest successes of the conference included an announcement that there were price drops in drugs to treat TB. 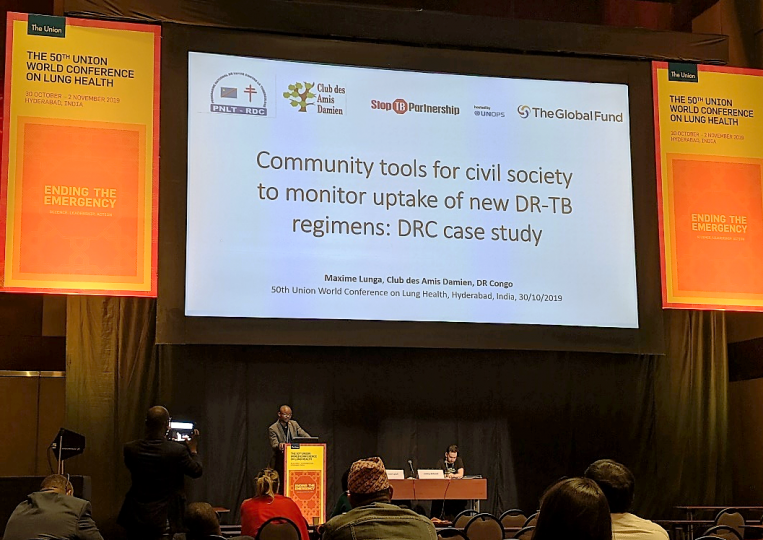 The theme of this year’s conference was “Ending the emergency: science, leadership, action.” I thought the theme was relevant to the STAR project and the work of STAR’s Fellows and Interns because STAR is one of the tools in the USAID Global Accelerator to End TB. The Global Accelerator involves a big investment in ending TB globally, and we’re part of USAID’s efforts to accomplish that. Through our work in building capacity around the world and working with ministries of health, we’re able to expand the impact, and hopefully we’ll eventually be able to partner with some of the other groups and people who attended the conference to have an even bigger impact and expand into other areas.

This was my second time visiting Hyderabad; the previous time I was in Hyderabad was also related to TB, under the Global Health Fellows Program II. Hyderabad is one of the main tech cities in India, and along with that, there is a lot of research conducted there and it’s a good central location to work on TB. TB is a big issue in India, and some of the people introduced during the opening ceremony were Indians who were survivors. There is a lot of TB work going on in India, so it seemed like an appropriate location for the conference.

My biggest takeaway was meeting the Fellows and seeing their excitement at coming together and having the opportunity to attend this conference, making connections, and seeing others doing similar work to expand upon and inspire them to keep doing what they’re doing. Being able to share this experience with the Fellows was the best part for me.

Stay tuned for part two to read about Alison Mhazo’s experience at the conference from a STAR Fellow’s perspective. Learn more about TB on WHO’s website, and join the conversation on Twitter @GHSTAR_Project. Connect with Marchal on LinkedIn. 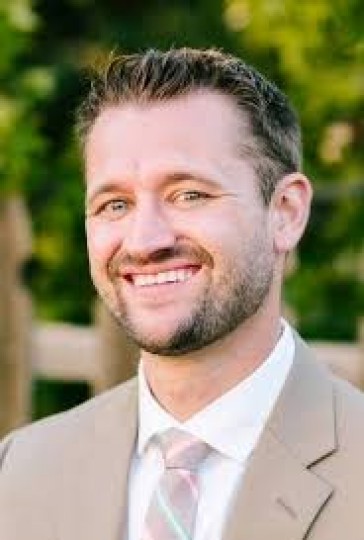