How to “Network” at Networking Events: Provide Value to Others

Networking during a large reception: what we imagine most networking events to look like!
Photo by Ellie Van Houtte/USAID, White House Summit on Global Development

During one of the learning sessions in our inaugural Intern learning program, I had the pleasure of speaking to Interns. As a cornerstone of the Sustaining Technical and Analytic Resources’ (STAR) learning program, STAR’s Interns – early-career young professionals studying and working in the global health field through placements primarily at USAID – receive bi-weekly learning sessions that target eight core global health domains.

In a featured session during the Learning program, the STAR Communications team focused on communication and interpersonal effectiveness – or the ability to interact with others and build relationships – during our presentation. Specifically, we addressed how to make effective presentations and networking. The latter can be a vague and confusing concept, but it generally entails exchanging information and ideas with people who tend to share common goals or interests. Not surprisingly, many Interns were keenly interested in learning more about how to effectively “network” at networking events. When we think of networking, many of us probably envision a big room full of well-dressed professionals with drinks and hors d’oeuvres – and possibly business cards – in hand. However, we’re constantly networking with others, either formally or informally, because networking simply involves meeting and exchanging information with people. Most of us are unknowingly networking with others on a regular basis: whenever we ask about others’ professional and personal interests and updates, we’re informally networking with them. While networking can seem like a nerve-wracking activity, with practice, it becomes easier – and, dare I say it, even fun! To STAR’s Interns, and to others who may be looking for your next professional opportunity through networking: seek to provide value to others and cultivate new and existing relationships.

I’ve attended many professional networking events throughout the years. As a natural introvert, attending these events – whether they were industry events and receptions, professional development workshops, or informal events with classmates or colleagues – has induced a general sense of anxiety and dread, sometimes even leading me to forego the event altogether. At this point, my fellow introverts are probably nodding their heads in understanding: we tend to feel at least a little nervous and awkward at both the idea of networking and during networking events. However, with experience and practice, I’ve become more comfortable – and even feel at ease and excited – at the prospect of meeting new people, learning their stories, and connecting with them on a level that surpasses the superficial small talk of “What do you do?” 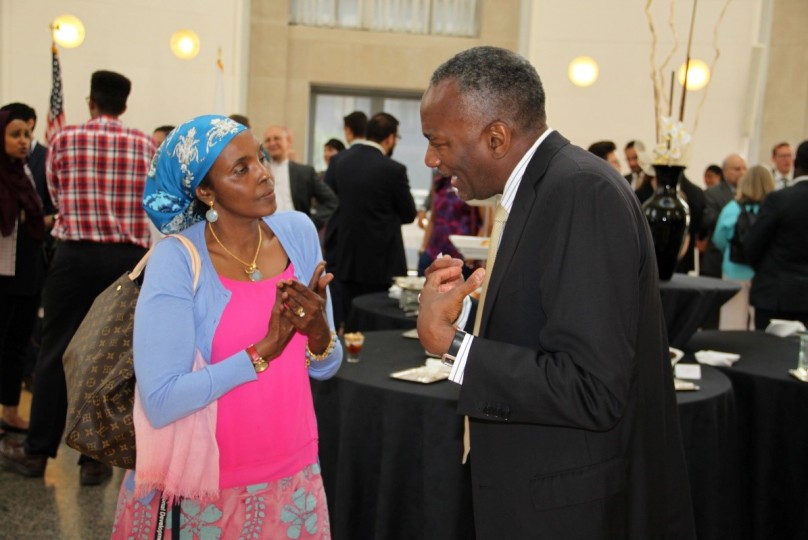 Learn About Others as Individuals First, and Professionals Second

From these experiences, my advice to Interns was simple: provide value to others. Many people feel like they need to go into a networking opportunity with the goal of attaining a job, but focusing on what you can get from others is a surefire way of assuring that you won’t get what you want. Instead, go in with the mindset of connecting with others, learning more about them as individuals outside of the workplace, and understanding their pain points within the workplace.

Whenever I attend a networking event, I gravitate toward individuals who seem friendly and open to chatting. Saying hello, introducing myself, and building a connection with one person – and asking open-ended questions to learn more about him or her, whether we discuss travel, food, or hobbies – is one of the best techniques I’ve used during networking events. By doing this, both of us feel more at ease: not only is it a one-on-one conversation, but we can learn more about each other as individuals first. I’ve learned that this approach generally works in various networking situations. While it can be difficult to make the first move, whether it’s chatting with the person near me at a reception or intentionally seeking out a specific individual at an industry event, I try to remember that we’re all there to meet and chat with each other – and that many of us are probably at least a little nervous. 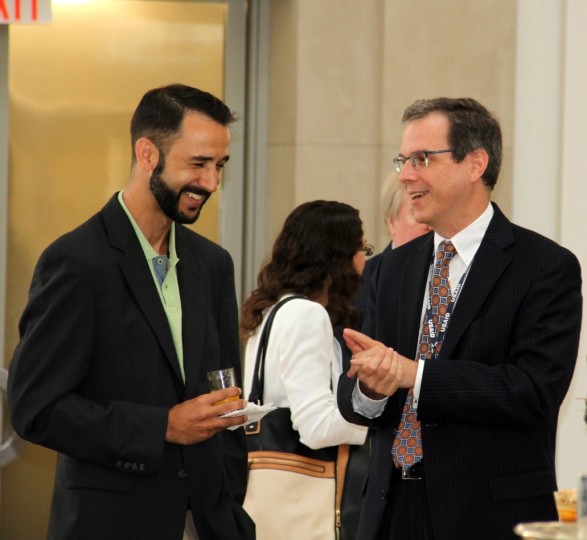 Chat about non-work-related topics to get to know someone as an individual: travel, sports, food, books, movies, hobbies, and current events are possible topics to discuss when meeting someone new.
Photo credit: Scott Hochenberg, USAID Eid al-Fitr Reception

Learn About Their Pain Points

Once you establish that connection and dive deeper into the conversation – or, similarly, if there is a lull in the conversation – I recommend asking about his or her pain points. For example, what skills do they wish to develop? What projects are they feeling overwhelmed by at work? What parts of their work environment are challenging for them? Listen carefully, because this is the sweet spot where opportunities will present themselves. Remember, the goal is to provide value, so while they are chatting, hear what they are saying – and especially what they are not saying, because visual cues like body language and facial expressions are key here – and think about how you can help them. Everyone has skills that others are looking for, so even if you think you don’t have much to offer, I urge you to think creatively about how you can use your existing skillset. Can you teach them how to tweet? Do you read articles in their areas of expertise/interest that you can share with them? Helping others alleviate their pain points will incentivize them to return the favor, which sets you up to ask for what you need.

Seek First to Understand – and Cultivate the Connection

After meeting someone new, take immediate action to add them to your network. Ask for their business card and connect via LinkedIn or email. Build that connection over time and allow a symbiotic relationship to flourish organically. We’re more willing to help people whom we like and consider our friends or acquaintances, rather than people who just want to use us as a self-serving means to an end. 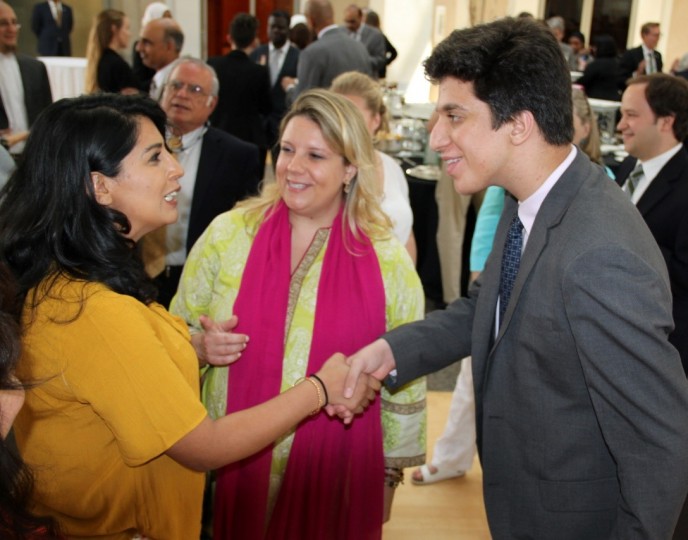 Be interested in what the other person is saying, rather than trying to prove how interesting you are.
Photo credit: Scott Hochenberg, USAID Eid al-Fitr Reception 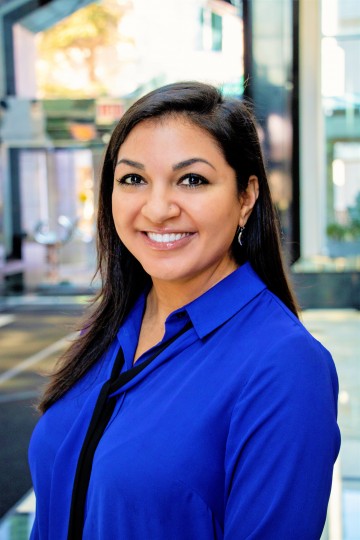