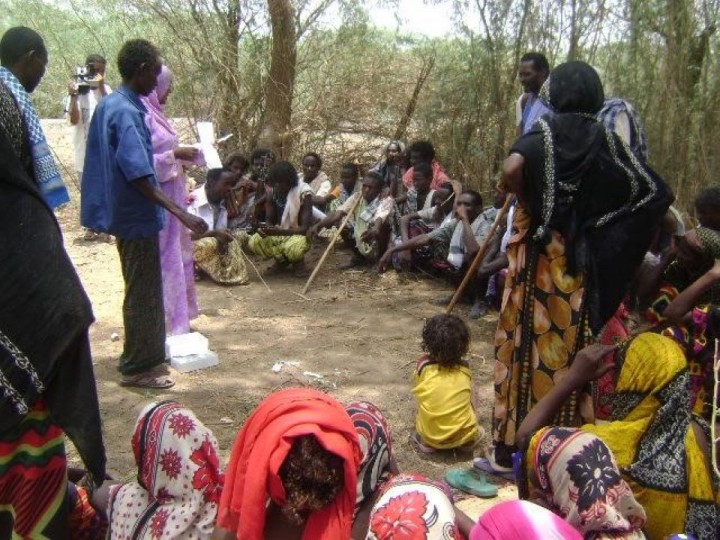 [Disclaimer: This blog post doesn’t represent or reflect the views and works of USAID.]

“Condom has no acceptance among Afar. Handling condoms is a taboo, let alone with your wife. It is a taboo to carry condoms, even with another woman”. This quote is from an Afar man interviewed for a participatory qualitative action research study on HIV/AIDS awareness and health service access in the Afar region. The Afar region is one of 9 regions of Ethiopia, inhabited by nomadic and pastoralist communities and has an HIV prevalence rate of 3.7% (41/1097), more than 40% higher than rates in areas like Addis Ababa, the capital city. The research study sought to better understand underlying reasons for high HIV rates in the Afar region and was conducted by University of Amsterdam’s Institute for Social Science Research (AISSR) and the National Network of Positive Ethiopian Women (NNPWE), an umbrella organization of 23 associations.

Through Begna Yibika, an association of HIV positive people, and the local traditional community leaders, the research team was able to reach the Afar community to conduct the study and to implement an evidence-based HIV/AIDS education program. The results of the study revealed that Afar people living in the study areas had never received culturally or linguistically appropriate education on HIV/AIDS prevention. According to the research findings, respondents noted that their main sources of information on HIV/AIDS prevention came through informal channels, for instance from other people in their community or people in nearby towns, or from local radio stations serving the Afar region or Djibouti. When attempts were made to communicate information on HIV/AIDS more directly, the Afar communities were generally very resistant. For example, a leader of the Begna Yibika association for HIV positive people said “there were incidents when the Afar people took out their guns on us when we tried to teach them about HIV/AIDS”.